The Belfast Film Festival takes place around March/April of each year.  I began volunteering with them in their 13th year back in 2013.

The festival brings a vast array of movies to the city, world cinema, local films and cult classics are screened in various venues across Belfast and special events pop up in the most unlikely of places.

Screenings are not just hosted in cinemas such as the Movie House, the arthouse QFT and the Art Deco Strand Cinema they also take you to places of historic interest.  Classics like Cool Hand Luke, Sherlock Holmes and 2001: A Space Odyssey have been shown in Crumlin Road Gaol, Belfast Masonic Lodge and the huge Titanic dry dock. 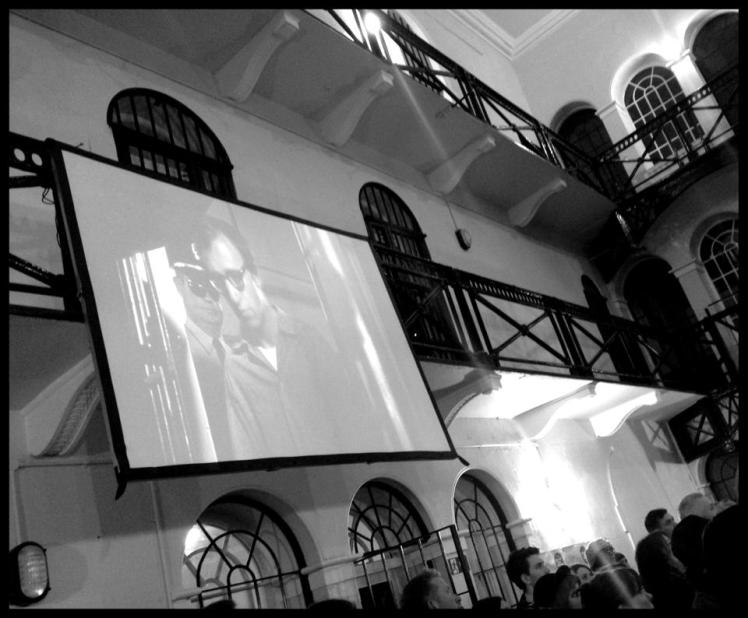 Volunteers can give their preferences of what they’d like to work at but I like a lucky dip approach to go to things that I may have otherwise overlooked.

Over the past few years I have got the chance to test my film knowledge (or serious lack of) at the BFF quiz, witness live performances of legends Nina Simone and Marvin Gaye and see the work of emerging foreign and local directors.  I have been rota’d in for noir classics, burlesque cabaret, short local films and beer garden b movies all over the city. 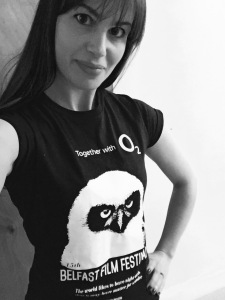 As a volunteer your t-shirt is your exclusive festival pass, we can attend the majority of events so it’s good to make the most of being a part of it. Now don’t get me wrong it’s not all about sitting back in front of the big screen with a box of popcorn in hand, there is work to be done… Dealing with the audience, taking tickets, introducing movies, sweeping up cabaret costumes, dressing up as zombies are just a few examples.  The staff and fellow volunteers have made each festival a memorable experience year on year so if you like meeting new people and having a bit of craic then why not sign up.